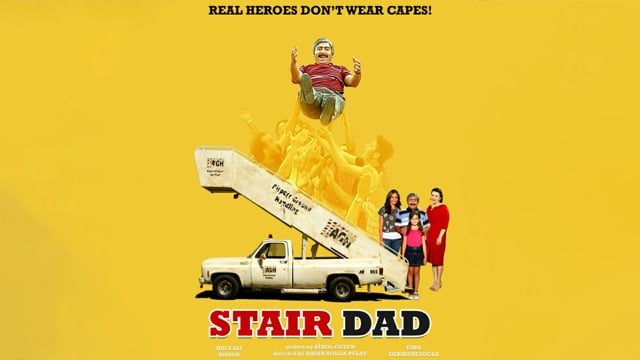 A humble airport cleaner, FAZLI is widely regarded as an insignificant character, often criticised and belittled by his wife for not providing more for his family. At the same time, he is grateful for his lot, happy with his simple life and the two young step-daughters he loves as his own. One day Fazli’s routine life is shattered when his wife’s demands boil over — as he can’t even provide the family with a car, she packs her bags and leaves with the girls to live with a neighbour. Desperate to recover his beloved family, Fazli negotiates the only vehicle deal he can afford — an old abandoned truck from his airport, complete with a set of airplane boarding stairs! In his attempt to use the ugly vehicle to win back the affections of his wife and the girls, Fazli is ridiculed by his entire community of friends and neighbours, only embarrassing his family and driving an even bigger, truck-sided wedge between them. When all seems lost though, Fazli’s position in the community is propelled to hero status after he uses his step-truck to save a neighbouring family from a third-floor fire. Appreciative, the community comes together to give Fazli’s truck a colourful paint job and assist him in his efforts to win back his family.